Rees joins LBA from AMP Capital, where he has been a senior member of the asset management team for around five years, with a focus on airports.

He was the asset director for Newcastle Airport, which has been an AMP Capital managed asset for more than six years, and in that time has seen year on year growth.

He was also the asset director for London Luton Airport on behalf of AMP Capital, which owns a 49% stake in the gateway.

According to the Yorkshire gateway, Rees joins at a transformative time for LBA and will focus on delivering the strategic priorities for the airport, including growth in passenger numbers, route development across regional and international destinations and delivering the new terminal building. 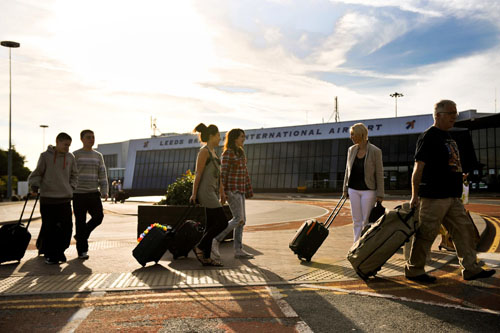 He said: “I am delighted to join Leeds Bradford Airport and look forward to working with the team to grow the airport long-term and deliver a high-quality service experience.

"I know what a positive contributor Leeds Bradford Airport is to the local economy and am excited by the opportunity to work with the airport staff and our key partners including airlines, government and the local business community.”

LBA chairman, Andy Clarke, commented: “We are very pleased Hywel is joining us. His understanding of airports at a leadership level, particularly their crucial contribution to the local regional economy, will be valuable to the airport as we embark on the next stage of our growth and cement the airport’s position as a gateway to and from the Yorkshire region for leisure and business passengers, both internationally and closer to home.

"Hywel has the experience to take the airport to new highs."