Tunisia's Enfidah-Hammamet Airport turned ten this week and the country's Minister of Transport and Handicrafts, René Trabelsi, made a flying visit to the gateway to celebrate the occasion.

Opened in December 2009 and operated by TAV Airports subsidiary TAV Tunisie, the airport is expected to handle close to 1.5 million passengers this year.

Trabelsi was joined at the airport by Sousse governor, Adel Chlioui; TAV Tunisie president director, General Guclu Batkin; and a host of officials from Tunisia's Tourism and Transport ministries as well national and local authorities and airport’s employees and stakeholders.

TAV Tunisie's Batkin said: “This happy occasion gives us the opportunity to look back on the history of our venture and to project ourselves into the future to perceive all that Enfidha Airport can bring to Tunisia’s tourism and transport sectors in the decades to come. 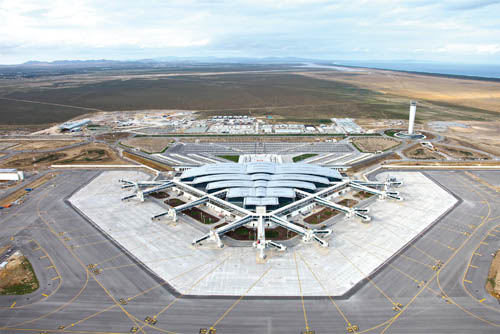 "In 2007, TAV Airports came to Tunisia with a huge investment at a time where the global economy was going through a severe financial crisis and all international investors were delaying their projects.

"We were confident in Tunisia's socio-economic prospects and in the ingenuity of the Tunisian people. We are now delighted to realise that we successfully met the challenge and our celebration today cannot be passed without acknowledging all who helped and contributed across the past decade."

TAV also operates Monastir airport in Tunisia, which handles a similar number of passengers to Enfidah, meaning that its Tunisian gateways will have welcomed over 3.1 million passengers by the end of 2019.